Neal Stimler is in the Digital Media Department at The Metropolitan Museum of Art. Neal was a Media and Technology Committee Fellow at the 2009 American Association of Museums Annual Meeting in Philadelphia, and his article titled, “‘Ferry Me O'er’: Musing on the Future of Museum Culture” was published in the July 2010 issue of Curator Journal. He gave a paper, "Fostering A Democratic Museum Culture," at the 2010 Museum Computer Network Conference in Austin, Texas and participated in the first Ignite Smithsonian Conference in April 2011 with his lecture, "Renewing American Democracy Through Museums and Digital Culture." Neal organized the first crowdsourced YouTube panel, "Philosophical Leadership Needed for The Future: Digital Humanities Scholars in Museums," for the 2011 Museum Computer Network Conference. Neal graduated with honors and was a Provost Award recipient from Miami University in Oxford, Ohio. Neal takes an interdisciplinary approach to humanistic scholarship that is informed by art history, cultural studies, digital technology and sociology. 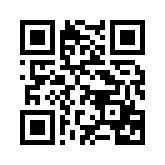